What Homeowner Associations Need To Know About Directors’ & Officers’ Liability

What Homeowner Associations Need To Know About Directors’ & Officers’ Liability

What is Directors’ & Officers’ Liability Insurance?

One of the most important insurance policies in any homeowner association’s financial portfolio is also one of the most overlooked and misunderstood: Directors’ & Officers’ (D&O) Liability Insurance. A good D&O liability insurance policy protects both past and present HOA board members, the property manager, employees, volunteers, and the community itself from lawsuits arising out of the management of the HOA. This could include any number of HOA-related issues, such as a new building project, a foreclosure against a property owner, or a complaint filed by a homeowner.

Are all D&O liability policies the same? 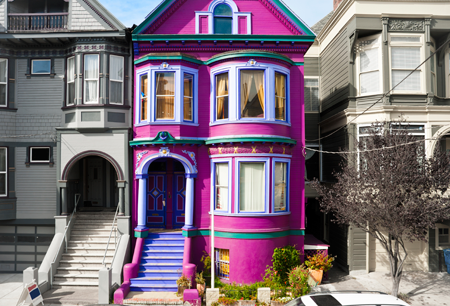 No. Depending on the insurance carrier, there can be a broad range of differences between what each D&O policy covers and what they exclude. One quick way to tell if your HOA’s D&O liability coverage is sufficient is to determine whether you have a separate “stand-alone policy” or if your D&O has simply been added to your HOA’s commercial property and liability package policy. “Boards often develop a false sense of security regarding their D&O coverage,” said Kim Angeli, President of Powell, Angeli and Langford Insurance in Raleigh, NC. “They see it checked off on a box on their insurance package and think that it affords them appropriate coverage.” “The two biggest D&O claims against HOAs in the country,” continues Angeli, “are non-monetary and discrimination claims.” Both are specifically excluded from the vast majority of commercial package policies on the market, including those written by recognizable, brand name insurance companies. “They’re excluded for a reason,” Angeli said. “The endorsement costs about $150 to add to the package policy, so it doesn’t afford much coverage. You get what you pay for. If you take out the endorsement and read it, typically the first two paragraphs are what they cover and then the next three pages are the exclusions.” Conversely, the stand-alone D&O liability policy underwritten by CNA Insurance Company and recommended by Angeli was created to protect HOAs, so it provides coverage for claims not covered by most other insurers, like discrimination and non-monetary claims. “Something as important as D&O deserves its own policy,” said Angeli.

How are HOAs affected by discrimination litigation?

One of the most common D&O claims facing HOAs today are lawsuits for discrimination, which in this case has nothing to do with race, gender or sexual preference. They typically involve a property manager doing a drive-through of the community and taking note of a violation of the community bylaws-such as a home painted purple. They proceed to send the homeowner a letter asking them to put their property into compliance with the HOA’s governing rules. The property owner in turn feels they are being discriminated against and files suit. Angeli described a discrimination claim in which a board told a single family homeowner he could not build a fence. Unbeknownst to the current board, a past board had allowed another neighbor to build a similar fence three years prior. The homeowner filed a discrimination lawsuit against the board, the HOA, and the property manager. “The HOA lost the case at trial and had to pay a $7,000 settlement to put the homeowner’s fence back up,” Angeli said. “It’s really the legal fees that drain you though. In this particular case, the legal defense costs were over $96,000.” “The board told one owner he couldn’t build a fence,” said Angeli, “and a prior board told another owner three years ago he could build the same fence. So a precedent was set. That’s when boards get into trouble. When they don’t know what was approved prior to them serving on the board. If they had kept their old package policy in place, this claim would have been paid out of their own account or a special assessment.” In this case the HOA had a D&O policy written through Ian H. Graham Insurance and the claim was paid. To be continued… Read Part 2, Developers & Non-monetary Claims